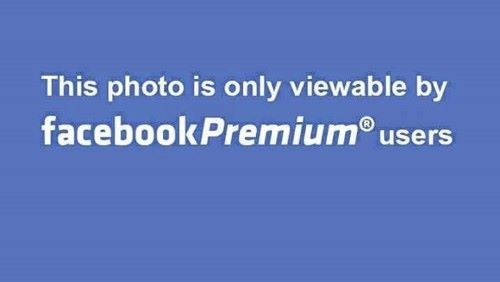 Yes, really: Facebook is coming up with a paid version. For an amount of $ 9 USD per month, users will no longer see ads when they log in to the social network. Facebook has recently done extensive market research to see if a substantial proportion of its members are willing to pay for a subscription, reveal sources to financial news agency Bloomberg.

In the past, Facebook already considered launching a paid version, but CEO Mark Zuckerberg looked back on it. Meanwhile, a new reality has arisen with the scandal surrounding Cambridge Analytica.

Facebook is under heavy fire about how it deals with the privacy of its users, or should we say, “they just don’t give a fuck”. Cambridge Analytica was able to capture the profile data of 87 million users without any problems, including millions of Americans. These were then used to increase Donald Trump’s chances in the US presidential election in 2016.

Meanwhile, CEO Zuckerberg and his right hand Sheryl Sandberg have also commented on a possible paid version, FaceBook Premium plus. ,, This is certainly an idea we are considering, “said CEO Zuckerberg when he had to account for the US Senate and the House of Representatives last month.

Techsite Recode has allowed market researcher Toluna to hold a poll on 11 April, which shows that 23 percent of the 750 Americans questioned are prepared to pay for Facebook. 77 percent would prefer to use the free version with ads.

The question is obviously how much such a subscription on Facebook should cost. The social medium could be based on the amount it now earns on its more than 2 billion users via advertisements. In the United States, each user generates almost 85 dollars a year, globally that is more than 20 dollars.
In Europe the first amount will be more logical and Facebook could, for example, count 7 euros per month. From the poll by techsite Recode, 42 percent of Americans say they have a maximum of 1 to 5 dollars per month for Facebook. A quarter is prepared to pay 6 to 10 dollars per month. A third wants to pay more than 11 dollars.