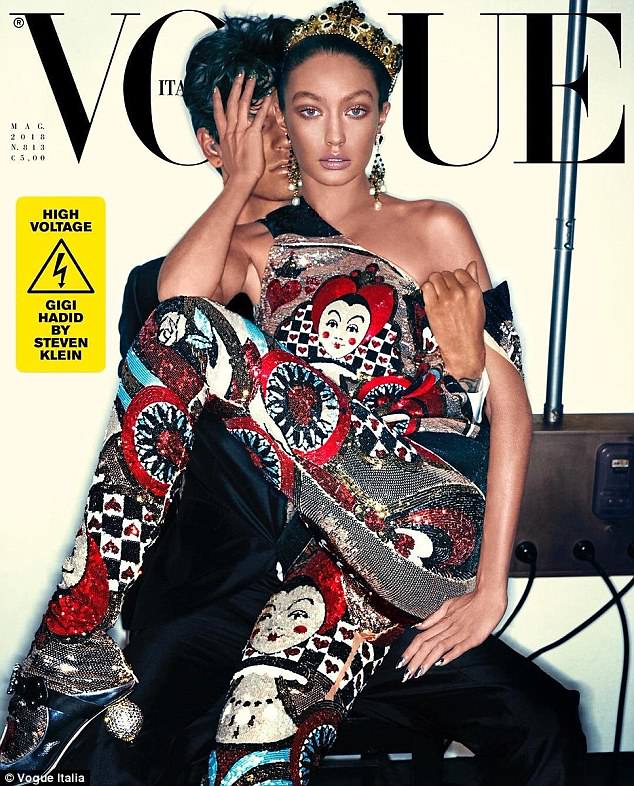 Vogue Italia have been accused of using ‘black face’ on a cover image of  supermodel Gigi Hadid. The half-Dutch, half-Palestinian supermodel Gigi Hadid has apologized tonight after she was flooded with criticism of her cover shoot for the new Italian Vogue. The fashion magazine, according to critics, has used Photoshop and has given the Gigi a much darker skin than she actually has.

Although some fans loved the image, it quickly rained strong criticism. Gigi would not only be barely recognizable, but her skin would also have been made a lot darker than she is by nature. “Why would they make a black model of you with Photoshop, while there are also really beautiful black models?” Was one of the many reactions.

Hadid herself emphasized tonight that she has no influence on the editing of photos after they are made or on the creative idea behind a shoot of photographers. In her Instagram stories she shows that on the day of the shoot not much bronzer was applied to her face.