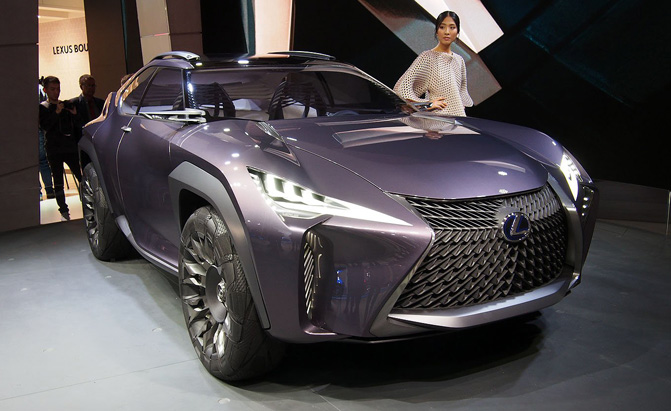 New air-conditioning system hydrates skin and hair while you drive

Toyota’s luxury division Lexus is poised to give new meaning to doing your make-up while driving to work — only this time it’ll be legal.

Lexus is about to introduce a new air-conditioning system with its new GS sedan (pictured) that releases particles which, it claims, purify the air and moisturise skin and hair.

Car makers have co-branded perfumes and cosmetics before, but this is the first time any car maker has entered the skin care market — while the car is on the move.

Lexus developed the technology jointly with Panasonic and has dubbed it “nanoe”: a play on ‘nano’, as in ‘tiny’.

Lexus says the “S-Flo” air-conditioning system releases “between 20 to 50Nm diameter” particles that are “negatively charged ions wrapped in water molecules” via the driver’s side air vent.

By attaching themselves to airborne particles and molecules, the nanoe ions are said to have “both an air purifying and odour-eliminating effect”.

“In addition,” Lexus says in a statement, “because nanoe moisture content is approximately 1000-times that of conventional ions, the emission of ions bonded to water molecules is said to have a moisturising effect on skin and hair, acting to enhance occupant well-being.”

Lexus says the technology is used in other appliances such as hairdryers and face steamers.

It is not the first time car makers have sprayed a substance into our car cabins to try to make us feel better about ourselves.

In 2004 French car maker Citroen introduced perfumed cartridges for the air-conditioning system in some of its European models.

Today 14 different fragrances can be injected into the cabin of a number of Citroens, including the C4 small car, Picasso people-mover and DS3 hot hatch.

Of course, if the budget doesn’t stretch to a new Lexus or Citroen, you can buy a perfumed cardboard tree and hang it from your mirror… And moisturise before you leave for work.