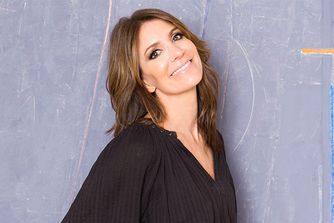 Tiffany Masterson, the founder of Drunk Elephant, is exploring a sale of her baby for just $ 1 billion USD.

Masterson started her brand in 2012 and the story is a real American dream. Drunk Elephant has become a HUGE succes.

The brand is working with investment banks Financo LLC and Moelis & Co. to explore a sale this year. This comes almost two years after Drunk Elephant, which Masterson founded in 2012, secured a minority investment from private equity firm VMG and brought on two seasoned beauty executives to steer the company into its next phase. Tim Warner, chief executive of Drunk Elephant, joined the company in 2017 after running Urban Decay for L’Oréal and Benefit Cosmetics for LVMH and Lucia Perdomo-Ruehlemann, chief marketing officer at Drunk Elephant, comes from Fresh.

Masterson claims she is getting offers since 2016. The Estee Lauder Companies was floated as a potential buyer. At the time, Drunk Elephant was said to be doing just $25 million in retail. Since then, sales have more than quadrupled, to $150 million last year. Industry experts predict that a sale could fetch upwards of $1 billion. But industry experts say that the first cracks are visible. “Drunk Elephant has done $ 150 million in sales last year, but has lowered all their prices, because of (new) competition like DECIEM that sells the same product or better for just a fraction of the price.” David Cohen says from RH Capital. “Furthermore we see a strange curve in the sells and the company is extremely depending on Sephora.” Cohen says. “To be honest, I don’t think the company is worth 1/10th of the price.”

Sephora is Drunk Elephant’s exclusive retailer in the US and Canada, and in October, the brand entered the UK in SpaceNK and Cult Beauty. In November, the line launched at Sephora stores in Southeast Asia.