A new research on how you can feel younger 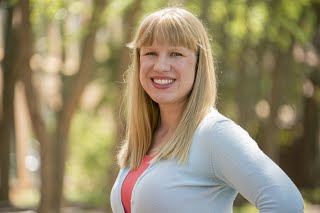 TIME magazine has published a new research that points to a way to keep a youthful state of mind, at least for elderly adult.

The study has been done by Jennifer Bellingtier, a postdoctoral psychology researcher at Friedrich Schiller University in Germany, of her findings, which she recently presented her research at the recent annual American Psychological Association (APA) convention on August 9, 2018.

Miss Bellingtier Phd basically says: On days when you feel more above average in control, you usually feel younger.
Bellingtier’s study included investigating 116 adults between the ages of 60 and 90, and 106 adults between the ages of 18 and 36, for nine days. Every 24 hours the participants were asked how old they had felt that day and how they had control over their actions of that day.
Previous research has already shown that it is possible to experience fluctuations in ‘subjective age’. Your age is not necessarily the same as how old you feel. From Bellingtier’s study came that conclusion too: both groups experienced changes in their subjective age every day. In the older group it was true that people felt younger on days when it seemed that they had more control over their lives. In the younger group, fluctuations in subjective age were linked to issues such as health and stress.
“The power of feeling in control can be twofold,” says Bellingtier. “A sense of freedom of choice can stimulate mental health and reduce subjective age, which in turn motivates people to make healthy choices. When you feel more in control, you feel younger and you feel that you can achieve more things. It feels like your actions matter. ”

Why is this breaking?

Feeling younger than your actual age has also been linked to a lower dementia risk and better mental health, and studies suggest that subjective age may be just as important to your health as chronological age. But feeling in control may not be the only way to feel younger. Other research presented at the APA conference found that physical activity — specifically walking — was associated with a lower subjective age among adults ages 35 to 69. Social interaction may also help elderly adults feel younger, research has shown.