Is Kanye West losing his mind at age 40? 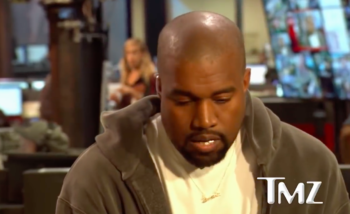 Kanye West Claims Slavery Was A Choice – ok – is Kanye West losing his mind at age 40?!

In an interview with TMZ Kanye said things like ” Slavery sounds like A Choice, because it was 400 years”. Kanye is only 40 years old but it looks like he is suffering from early stage dementia, which makes him say crazy stuff.

Since the uproar about West’s slavery comments, he has posted a series of tweets attempting to clarify them and said he was being “attacked for presenting new ideas”.

“We need to have open discussions and ideas on unsettled pain… to make myself clear. Of course I know that slaves did not get shackled and put on a boat by free will. “My point is for us to have stayed in that position even though the numbers were on our side means that we were mentally enslaved,”