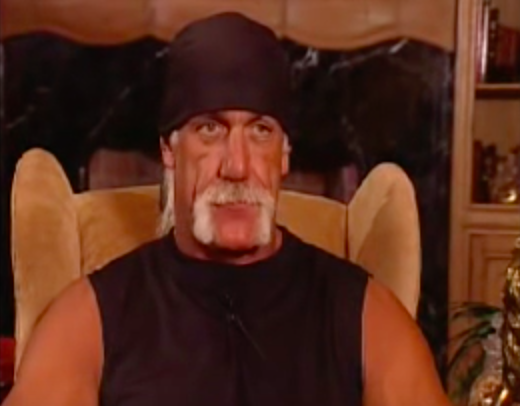 Hulk Hogan is a Legend and it was a privilege for us to interview “The Hulkster” about Aging, probably the only thing he can’t beat.

Hulk Hogan (real name Terry Bollea) has turned 63 years old this year and still has a strong physique. Although he has suffered numerous health problems – particularly with his back since retiring as a wrestler following the years of heavyweight training and jolting as a wrestler – he still works out!

In an EXCLUSIVE (telephone) INTERVIEW with BestAnti-Aging.com we have asked him 5 unusual questions about Aging. We will NOT ask him anything about the Gawker lawsuit, because it’s just not relevant to us.

The first thing we wanted to know is about his work-out routine. “I have completely changed my workout routine the last couple of years. I still work out 6 days a week, but only with light weights” The main reason is because Hulk Hogan has suffered from serious joint-problems and still has a lot of pain in his back and neck. “At one point I didn’t work out anymore and the problems in my back were getting worse, I soon realized this wasn’t the answer, I felt like I was aging faster and faster.”

There is no question Hulk Hogan still looks great when it comes down to his body, but his skin has suffered a lot from suntanning to much. We asked also him about the suntans.
“I still love to get a suntan, I don’t worry about aging faster, I know it’s not the best thing for my skin” It’s no secret that suntanning is bad for your skin, you will definitely get more wrinkles, faster.

The question we all want to know, does Hulk Hogan use an Anti-Aging Product?
“Hahaha, I have done many interviews the past 40 years, but nobody asked me this question. No, I don’t and I never will”

We also asked “The Hulkster” about his eating habits.
” I eat healthy, because I like healthy food over fast food or other stuff that aren’t good for your health. The one thing I can’t resist is  chocolate!“

So what have we learned about the king of WWE about aging?
1) Work out to stay fit and young, but don’t go out and ruin the gym
2) Eat healthy
3) Stay out of the sun

A special thanks to Hulk Hogan.