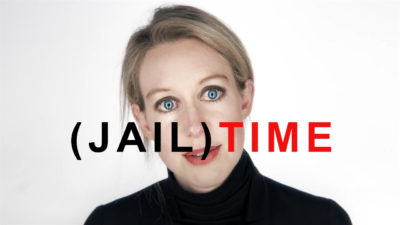 She was ones the youngest female billionaire and now THERANOS fraudster Elizabeth Holmes is probably going to prison, broke. From being on the cover of TIME, to JAIL-TIME.

Theranos, a blood-testing startup that promised to revolutionize consumers’ access to their medical information, started as a Silicon Valley start-up. Holmes had the perfect backstory: a college dropout-turned-chief executive who had assembled a company board filled with powerful ex-government and military leaders and wanted to change the world.

THERANOS was valued ones at $ 10 billion, until WSJ Reporter John Carreyrou exposed Elizabeth Holmes. Holmes and her boyfriend (now ex-boyfriend), Ramesh “Sunny” Balwani turned out to be lying, manipulating sick individuals. THERANOS blood-tests didn’t worked and they knew it. Meanwhile Holmes was stealing money from investors, $ 700 million to be precise. Now she has been charged with federal criminal wire fraud and is facing decades in prison.