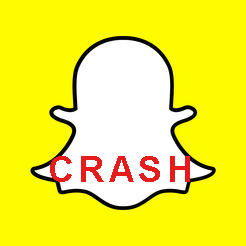 Snapchat crashes and users, mostly millennials, delete app! Is this the beginning of the end of Snapchat?

That’s how loyal millennials are I guess. Thousands of users are reporting that Snapchat has crashed. While some have found they are unable to send or receive Snaps, others reported the app will not start altogether. The UK and other parts of Europe appear to have been hit hardest, along with the East Coast of the United States.

This crash is another setback for the app after the new update.  1.2 million users signed a peititon urging Snapchat to roll back the update, but there are no plans to go back to an earlier system.