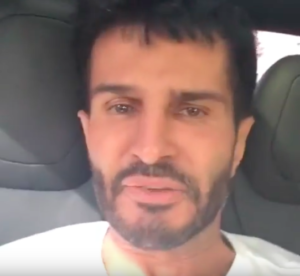 It looks like the Deciem Instagram drama has come to a height; in a recent instagram post (October 8, 2018) Deciem Founder and CEO Brandon Truaxe says he is shutting down the company for 2 months. In the video it appears he is crying and stating “almost everybody at Deciem is involved in a criminal financial activity and much more”.

The criminal activity at Deciem is not described by him in this Instagram post, but insiders say it’s probably “something what has to do with the financial department” and NOT involves Truaxe himself. It’s still vague, we will update on BestAnti-Aging.com as soon as we have more answers!

UPDATE Oct 8, 3:52pm, LA: Deciem has confirmed that all shipments will be send out and nothing will be delayed. An official statement by Estee Lauder / Deciem will be made this week. But it looks like Brandon Truaxe will stay as the CEO and there will be an investigation.

This story reminds us of the story of MUDMASKY earlier in May this year. The MUDMASKY-CEO posted an instagram-post where he told his followers to NOT buy his products anymore and shut down his website including webshop for 48 hours. Read the whole story on the shut-down here.

We really feel sorry for him and hope he will be better soon.