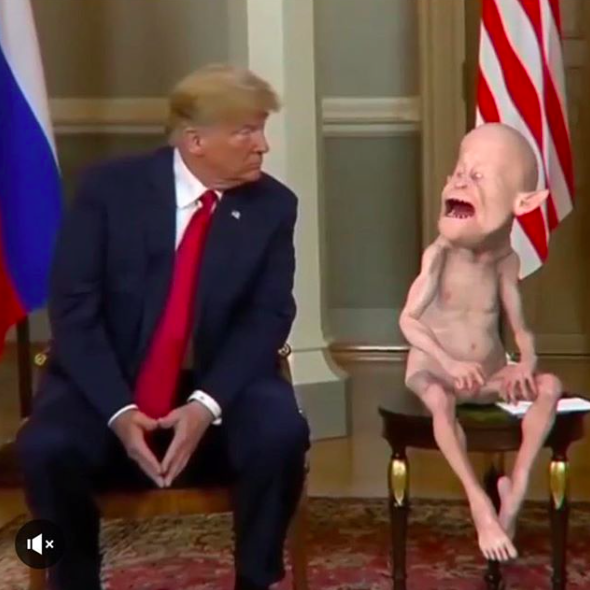 Are you wondering what’s going on with Deciem and it’s Founder, Brandon Truaxe? Here are all the answers to the weird Instagram posts of Deciem. We have been covering the story of Deciem and Brandon since he shut down operations and searched for answers on what’s REALLY going on. We have spoken with numerous colleagues of Truaxe and found out A LOT!

To explain everything clearly, you have to understand first that are 3 groups

GROUP 1 – To most Deciem followers, it looks like Brandon Truaxe is mentally loosing it. Under a lot of pressure and can’t keep up anymore. Everything is almost to painful to watch for them. This group is mostly concerned about getting their orders on time.

GROUP 2 – Than they are the die-hard Deciem/ Truaxe fans, they are concerned about Brandon himself and hoping that the company will go on with him.

GROUP 3 – This last small group, the bizarre posting, in the context of Truaxe’s other ramblings, is a call to action, a signal of a revolution. A big corporation (Esteé Lauder) taking over the world of skincare.

Oké now we have the people following Deciem, so what’s going on?!

What crimes are committed? What is Brandon talking about?
Brandon has been lied to by Esteé Lauder and board, including the CFO he fired yesterday, which didn’t stepped up by the way. Esteé Lauder invested millions, took about 28% share and told Brandon that he still has 100% control of Deciem. But the Board of directors where assigned by Esteé Lauder. They kept on interfering more and more. Brandon didn’t liked that and they start doing stuff without telling them. Almost everybody at Deciem knew what was really going on, except for Brandon, the CEO. Brandon felt betrayed and lied to. This finally explains why he said “almost everyone at Deciem is involved with a major criminal activity”. Since he is the majority stakeholder he wanted to investigate everything and shut down all stores and website.

What’s up with constantly tagging celebs and Donald Trump?
From now on it will be getting REALLY weird.  Truaxe has supposedly witnessed firsthand a cycle of corruption and crime that goes to the very top of Hollywood and politicians. For this reason he is tagging celebs. He wants to expose everything and this is why he frequently tags Donald Trump in the captions of his posts.

Say what?
But, it gets even weirder… Remember “Group 3”, this group thinks Truaxe is risking his life to expose everything. This goes way further than Deceim.

So why does he post on the Deciem official corporate instagram?
For Brandon, this is the most logic thing to do. He has hundreds of thousands of followers there. Followers that listen and believe in him. Followers that love him. About 50% belongs to group 2+3 combined. He used to post this kind of stuff on his personal Instagram account @btruaxe, which almost no-one knew about until we did a story on a few days ago, this account gained thousands of followers. When he was entered a wrong password (group 1)/ blocked (group 2) / hacked by illuminati or ELC (group 3) he posted everything on his person account again. No he has access to @deciem again, he is posting here. A place where is voice is being listened to.

We even found out why the Deciem.com website is turned red.
It has to do with the Red-Pill. What is the Red-Pill you ask? The Red-Pill is now widely understood shorthand for having your eyes opened to a certain kind of “conservatism”—generally nationalistic, often white-supremacist, and nearly always suffused with violent misogyny. This is also why Brandon is almost obsessed with equality and hates racist people. I don’t want to go to deep in this, but search for “red-pill” on the internet and you will understand.

What do I think?
It looks like Truaxe is being paranoid. He thinks he is being followed all the time and doesn’t trust anybody anymore. Sorry “Group 3” but that’s the real truth. He is super creative and very intelligent, but he just can’t take the pressure anymore. He needs rest and a good doctor. He isn’t bipolaire or crazy or a schizophrenia, he has sleep deprivation (next post). By the way, I belong with “Group 2”.