The Youngest woman Billionaire has lost everything. 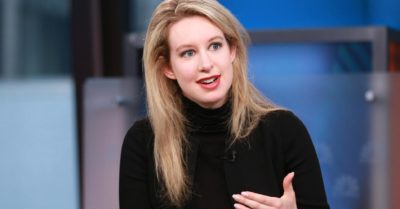 The Youngest woman Billionaire, Elizabeth Holmes, has lost everything. And she had a LOT of money…

The Forbes headlines quoted: “From $4.5 Billion To Nothing” But what happend with Theranos Founder Elizabeth Holmes?

In 2015 Elizabeth Holmes topped the FORBES list of America’s Richest Self-Made Women with a net worth of $4.5 billion. 1 year later FORBES lowered her estimate of her net worth  to nothing. But how did the youngest woman Billionaire get into this mess?

FORBES magazine found out what happend. Theranos is the blood-testing company she founded in 2003. The plans where to revolutionize the diagnostic test market. But simply, there was no real revolution and her company was valued to high, extremely high. And it all started with the Wall Street Journal:

Almost 3 years ago The Wall Street Journal reported that the Edison blood-testing device by Theranos might provide inaccurate results. After that it went downhill with Holmes. She got involved with civil and criminal investigations by the U.S. Securities and Exchange Commission and the U.S. Attorney’s Office for the Northern District of California, an unspecified FBI investigation, and two class action fraud lawsuits.

One thing is for sure, Elizabeth Holmes has been through more at age 34, than most people in their entire life!