Usher confirms he has split from wife 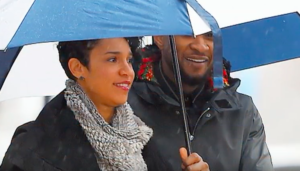 Usher and his partner of nearly 10 years, Grace Miguel, have called it quits! After two years of marriage, Grace and Usher have decided to ‘mutually separate.’

The couple announced their breakup on March 6. “After much thought and consideration we have mutually decided to separate as a couple,” Usher and Grace said in a joint statement to Us Weekly. “We remain deeply connected, loving friends who will continue supporting each other through the next phases of our lives. The enormous amount of love and respect that we have for each other will only increase as we move forward.”

The split comes months after Usher was accused of knowingly infecting former lovers with the Herpes Simplex 2 virus. We think this has something to do with it…