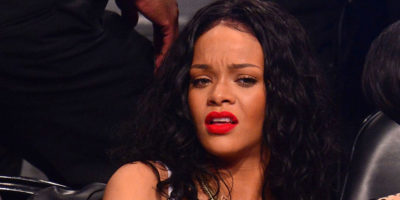 Rihanna has declined to perform at the Super Bowl 2019 Halftime Show, but what is the REAL reason?

Rihanna says its support of Colin Kaepernick, according to a report out Thursday.

The 30-year-old singer disagrees with the NFL’s stance on kneeling during the national anthem, according to Us Weekly, and has decided to skip a performance opportunity at the February 2019 game.

Organizers for the game “really wanted Rihanna to be next year’s performer in Atlanta,” a source told the US Weekly. “They offered it to her, but she said no. The reason was because of the kneeling controversy. She doesn’t agree with the NFL’s stance.”

Kaepernick is out of the NFL after becoming a free agent two years ago and not finding a new team. He claims that he has not been picked up because of his political stances. He was the first player to kneel during the national anthem, allegedly as a protest against injustice.

This year’s Super Bowl will be played in Atlanta at Mercedes-Benz Stadium. The NFL is reportedly turning to Maroon 5 (featuring longtime The Voice judge Adam Levine), with a potential guest appearance by Cardi B, as its Plan B.