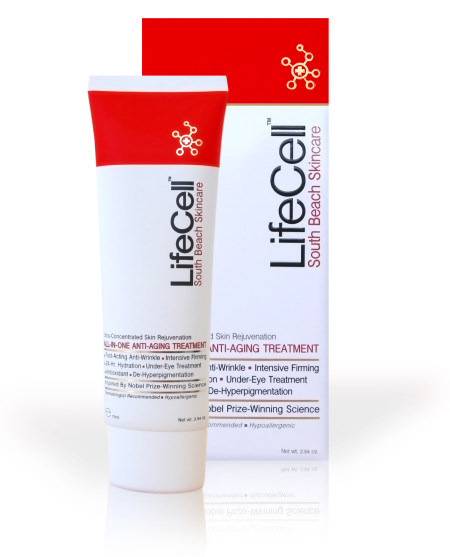 We are probably the first site that does an honest review on the All-In-One Antiaging Treatment of the web-based company Lifecell. I normally don’t do reviews on products you can only purchase online. But I will make an exception for LifeCell. In short, this product, including the company is one big scam! A good friend of mine placed an order online for the 30 days free trial period (only pay for the shipping fee, $ 4.95) , on the official LifeCell site, lifecellskin.com (lifecellcream.com is the same company). After she had done this the problems began. The next day they accounted her credit card with $ 189! We tried everything to get our money back, but with no results. After numerous phone calls to LifeCell we still didn’t manage to get anything back. After we investigated the company, SBS LifeCell, we founded out that on Amazon and Scambook.com (over $ 90.000 in unresolved damage due Life Cell and counting!!) it was full of complaints of people who had the same problem or even worse. Some customers were charged over 3 times, because it seems to be a contract you’re signing up with LifeCellcream.com. Our last hope was her credit card company, which couldn’t refund the money, but they could manage to block future payments to LifeCell.

After this had happened I have done research on LifeCell and the people behind it. First of all they do a great job of hiding bad reviews on the Internet. They have lots of affiliate sites (even on YouTube) which “reviews “ the product. They use sentences like “don’t buy LifeCell before you read this” and a great story pops out how amazing it is. It’s very obvious to see that these reviews are fake, BUT I also blame my friend for not investigating the company properly and reading the hidden conditions.

I can write hours and hours about the Life Cell website and the false information they give you, but I will not bore you with that. I will however write a short review on LifeCell:

By far the worst Anti-Aging cream we have ever tested, the same ingredients you’ll find in a moisturizing cream you can buy in a 1-dollar-store. Which, without being sarcastic, is better most of the times. One of the reasons I started BestAnti-Aging.com was because I was tired of fake, sponsored or affiliate-website reviews. After I heard the LifeCell story I was convinced to start this blog. Please be aware with frauds like LifeCell! UPDATE: LifeCell has many affiliate sites like; lifecellantiageing.com / lifecell-anti-aging.com / riversidesanctuary.com.au / lifecellproducts.com and many many more. Probably over 100 affiliate websites! http://www.scambook.com/company/view/26325/Life-Cell-Skin http://www.complaintsboard.com/complaints/lifecell-miami-beach-florida-c321367.html

+ Smart marketing guys behind LifeCell Cream
- LifeCell is a SCAM
- LifeCell Cream is rubbish
- Worst product we have ever reviewed
- Everything about the company and website of Lifecellcream.com is fake