New Research on the effect of Sun and Aging 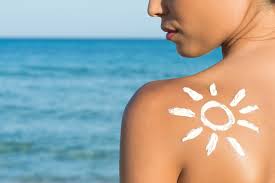 Can you remember our last post about the sun and aging? Now a young Dutch researcher says we have it all wrong. Feiko Rijken believes the prevailing theory explaining why exposure to the sun ages our skin is not right.“There’s a broadly accepted hypothesis about the mechanism behind skin aging, and we took a critical look at it,” says Dr Rijken. “We found this mechanism to be incorrect on various levels.”

The idea
Mr Rijken’s idea is put forward in the successful doctoral dissertation he recently defended at Utrecht University. His theory is that skin damage resulting from exposure to the sun is caused by cells that are busy combating infection. This comes up against the prior accepted theory that excessive exposure to sunlight releases certain enzymes in the skin, causing it to crease.

But let’s not get too technical. Suffice it to say, if Dr Rijken is correct, he could be shaking up a large sector of the anti-ageing industry.

The industry
And what an industry. Methods to slow, if not halt, the visible effects of time are a multi-billion euro global enterprise. Profits from anti-aging products amount to 40 billion euros in the United States alone. The industry is still growing each year. 2014 is probebly  going to hit 50 billion euros!

People go to great lengths to prevent the visible signs of ageing. Diets, supplements, hormone treatments, immersive treatment at holiday resorts, Botox injections and plastic surgery are but a few options. Those seeking a less medicated route apply all kinds of products to exfoliate their skin. Crushed apricot kernels, salt, sponges and brushes have all been used by many a wrinkle-phobe.

The experts
Anti-aging experts have come forward to help us make sense of what’s available. Not everyone is enamoured with the industry.

Biologist and author Aubrey de Grey thinks much of current commercial anti-aging ‘science’ is bunk. Mr De Grey is unimpressed by most products on the market. He does, however, think we will be able to bring the ageing process to a halt just a few decades from now. According to him: “We might be able to have more impact on aging by repairing molecular and cellular damage rather than by merely slowing down the damage.” Mr De Grey believes the answer to aging lies not in doing less to the body, but in doing much more. He looks forward to the day we can replace cells in the body like we replace parts in a car.

Although Dr Rijken and Mr De Grey share a scepticism towards the anti-aging industry, they are at opposite ends of the spectrum. Mr de Grey advocates broad, sweeping changes in how we think about aging. Dr Rijken is more down to earth, at least when it comes to the sun and what it can do to your skin.

The solution
Even though Dr Rijken’s idea could completely change our understanding of how skin ages, he is humble. “You know what the cause is, and you can very effectively control that,” he says. “So I would say choose for prevention.”

His advice on how to restrain the ravages of time is old-school: stay out of the sun, always use sunscreen and, whatever happens, don’t get burnt.