Healthiest Country In The World 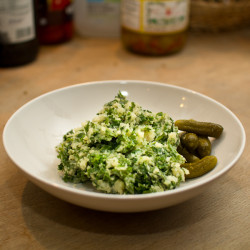 The healthiest country in the world is the Netherlands. At least when it comes to eating. If you have followed my blog the past year you probably know by now that staying young and keeping your skin wrinkle-free, eating healthy is number one. No wrinkle cream, serum, facial mask or whatever product can beat healthy food.

Oxfam International investigated the diets of people from 125 countries around the world. The study didn’t only look at the food people were eating but also looked at the availability of food. Is the food affordable? What is the quality of the food? And off course the obesity rates.

The Netherlands beat a number of European countries, including France, Switzerland, and Austria to claim the number one spot. And, as the study suggests: “The Netherlands makes top place thanks to relatively lower food prices and diabetes levels, and better nutritional diversity than its European rivals.” Though, we should point out, the country’s obesity levels were high, with one in five of its population with a body-mass index of over 30. South-korea and Japan are ranked the best when it comes to diabetes and obesity.

Dutch people eat a lot of vegetables, fruit and dairy products. The Dutch traditional dishes are healthy, full of vegetables, so that helps a lot. Eating healthy is more or less a lifestyle developed the past couple of hundred years.

The unhealthiest country in the world is Chad (it lays just between Sudan and Nigeria) Due to high food prices, poor nutritional value as well as limited sanitary conditions that includes access to clean water, the poor people in this country have it bad.

Top 10 healthiest countries in the world:

One thought on “Healthiest Country In The World”