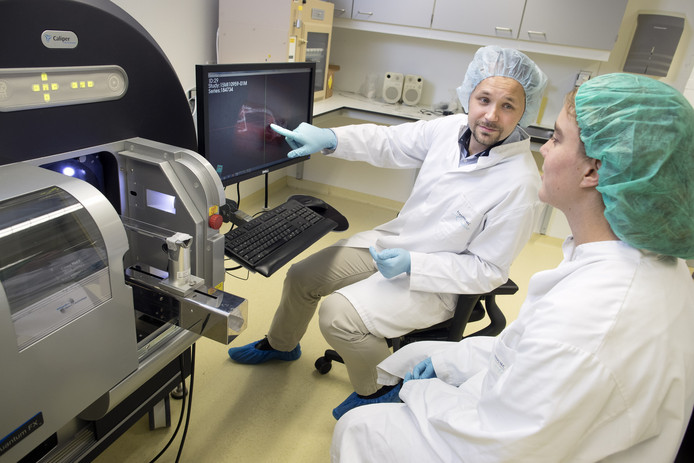 Growing old with the health of a teenager, Dutch researchers might just discovered the  “Fountain of Youth”. Scientists at the Erasmus MC in Rotterdam are one step closer to this dream, now it has managed to turn the clock back in elderly mice. A new treatment makes the bugs considerably younger and fitter.

The biologist Peter Keizer Erasmus MC couldn’t believe his eyes when he saw his old mice running around like a young and healthy one. It happend after he treated his mouse with Proxofim.  He still can barely believe it: The elderly mice – in those years, about 80 years old – had a fuller coat, ran two to three times as much in their castor and improved renal function. And what is true for mice is often also applies to people: our genetic material is 80 percent similar to that of the animals!

“We did a little dance in the laboratory. We have been working for 15 years with mice, but they were always tired and drowsy. Now they are as fit as young mice” – Peter Keizer says.

“We actually did a little dance in the laboratory. We have been working for 15 years with mice, but they were always tired and drowsy. Now I had to put them in a cage because they went off differently, like young mice, “said Doc Keizer, leader of the department of molecular genetics. Yesterday, the discovery was published in the leading scientific journal Cell.

Once you have found the source of eternal life?
“That would be wonderful, but I dare not say. We see that the mouse is turned back time – they are actually younger – but we do not know whether they will also live longer. On average they die after two years, but most live now. There is more research is needed to answer that question. ”

How does the rejuvenation work?
“Our cells are damaged every day. The majority we fix ourselves, but it does not work at all. After we have reached the age of 65 , more and more cells permanently get damaged. In those so called ‘bad’ cells are two proteins bonded together to ensure that the cell secretes all kinds of rubbish doing tissues faster aging and affect our bodies. Compare it with a car; a little rust is not bad, but at some point you can’t operate certain parts anymore. We have discovered Proxofim, a substance that breaks the connection between these two proteins and kills the wrong cell. As a result, recovered some tissues, and the mice were fitter. ”

There are plenty of older people who would like to test we believe!?
“Haha, it;s not that easy – the researchers both laugh – There is a high risk that they get an overdose, which also breaking down healthy cells. Furthermore, we don’t know anything about the side effects. Mice can not tell you if they have any pain. We need to figure out well, first on other experimental models such as pigs, then in the clinic. We hope in a year or two, three to extend the investigation of patients with aggressive cancers. In a later stage we would like to do research into old age. ”

Why first cancer patients?
“The fabric Proxofim also seems to work against some end-stage cancers. The cancer cells often have much damage suffered by chemotherapy or radiotherapy, they also create two proteins Siding Proxofim. We hope it can stop the growth of certain brain tumors. These are patients who still have to live for six months and are so ill that they are the possible side effects such as diarrhea and vomiting on the sale increase. This way we can hopefully help patients, but also to find out which side the plea before we expose a granny of 90 years on. ”

Suppose we get 130 years old, is that something we want?
“Everyone thinks that we strive for eternal life, but our main goal is to live longer in good health. If we are one hundred and only get sick on our 99th, that would be awesome. That makes life a lot more fun, and it will also cut back much sickness in the last years. ”

One thought on “BREAKING – Dutch researchers discover “Fountain of Youth””